Position of Director, Board of Directors Regional Tourism Organization 12 (RTO12)

The deadline for nominations and applications to fill vacancies on our Board of Directors is April 16, 2015.

ALL APPLICATIONS OF INTEREST FOR NOMINATION MUST BE RECEIVED BY April 16, 2015.

2015 Nomination Committee has the responsibility to review all the nominations. 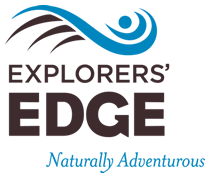